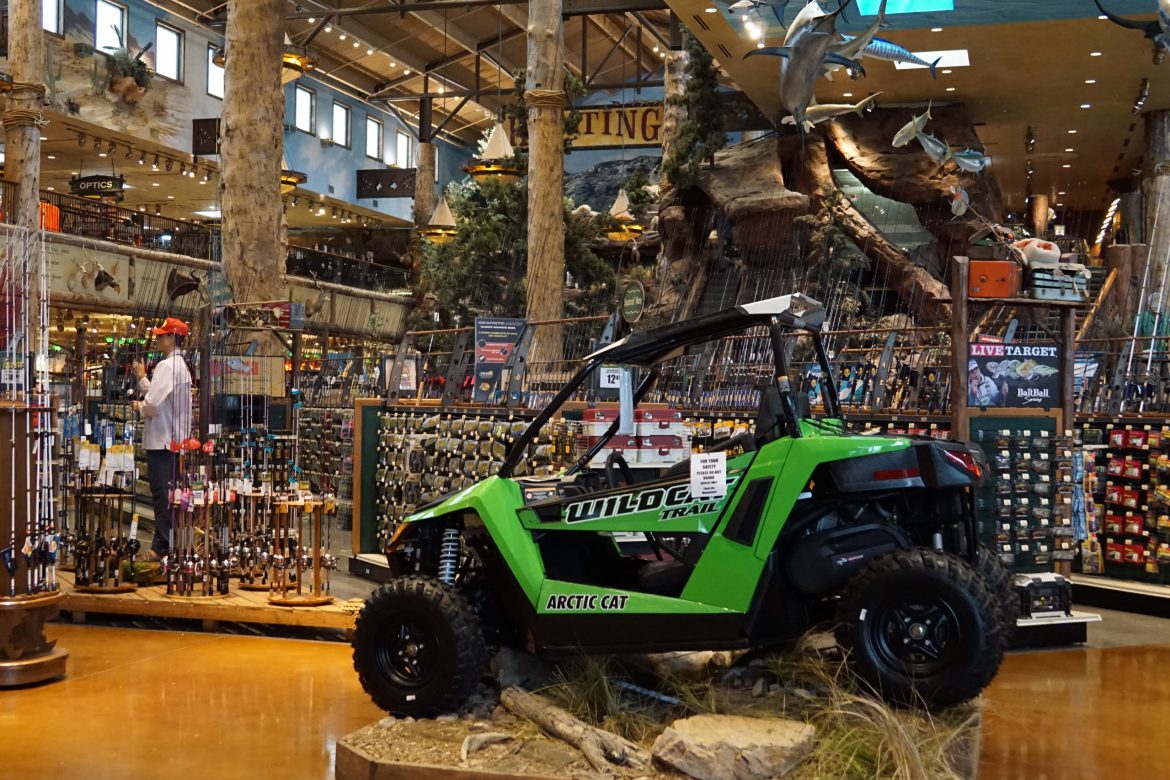 A typical Bass Pro Shops retail store includes around 3500 local antiques and artifacts, up to 400 trophy fish and wildlife mounts, and several huge murals showing scenery reminiscent of our area, making it a true tourist visit. Bass Pro Shops is known for bringing the outdoors indoors.

Bass Pro Shops has won more conservation honors than any other outdoor shop and is well known for its work in environmental protection and outdoor education.

Billionaire businessman Johnny Morris established a hunting-and-fishing store that also functions as a theme park in 2015, cramming a replica Egyptian monument with multiple bars and restaurants, an opulent lodge, and an entire swampland forest decked out in taxidermy.

What exactly are Memphis Pyramids?

Since it opened in 1991 as just a 20,000-seat stadium and the housing court of the Memphis Tigers, The Pyramid has become the most recognizable feature of the local skyline. The FedEx Forum was built as a result of the Grizzlies’ 2001 relocation from Vancouver to Memphis, which necessitated the need for a larger, better facility.

The Golden Age of the Pyramid seemed to be over. It was essentially shut down for commerce except for a few concerts and other events, and it was up to the community to decide how to best utilize a massively abandoned pyramid.

A huge steel pyramid stands over the Mississippi River banks in the center of Memphis, Tennessee. The building was first used as a basketball arena, known as the “Tomb of Doom,” for the University of Memphis Tigers. The NBA’s Grizzlies then used it briefly before moving on to larger facilities. The Memphis Pyramid’s interior is currently celebrating a new kind of sporting world—one with trees, fishes, bears, crocodiles, and genuine streams, no, rivers—of money.

The Memphis Pyramid, now a Bass Pro Shops Outdoor World store, offers more than just a place to buy fishing, boating, and hunting equipment. It also features a 103-room resort with treehouse-style cottages, a tank with live alligators that holds 600,000 gallons of water, and a bowling alley with an aquarium theme.

Each of Bass Pro’s 170 locations is a fascinating, extravagant indoor ode to the outdoors even though they don’t necessarily appear in a city’s official skyline. And, of course, capitalism.

The Tomb of Doom

The Memphis Pyramid was always marked by a high degree of weirdness. Before the ambitious project to build a colossal steel pyramid on the banks of the Mississippi River began in 1989, visualizations included a crystal elevator ride to the upper edge that never materialized, a Hard Rock Cafe, a college football hall of fame, and a short-wave radio network that could broadcast the city’s recognizable blues and rock ‘n’ roll sound of the stratosphere and around the world.

Some Memphians thought that the Pyramid would be the southern city’s equivalent of St. Louis Arch, bringing in large numbers of tourists and serving as a focal point for community gatherings along the river. But little of the building’s original design remained when it was converted into a basketball arena in 1991, except for the sixth-largest pyramid on Earth and a strange crystal skull welded to its top.

The Memphis Great Pyramid might have evolved into a megachurch. is a branch of the Smithsonian Institution on the Mississippi River’s banks. Instead, you’ll start visiting the strange West Tennessee eyesore as your go-to place for crossbows, fly fishing necessities, and as much orange hunting gear as your heart desires.

Why Boxed Is Betting For A German Grocery Chain?

How To Activate a Wildcard SSL Certificate on HostGator?

 7 tips for smart grocery shopping while...