Home Technology A beginner’s guide to the Metaverse
Technology

A beginner’s guide to the Metaverse 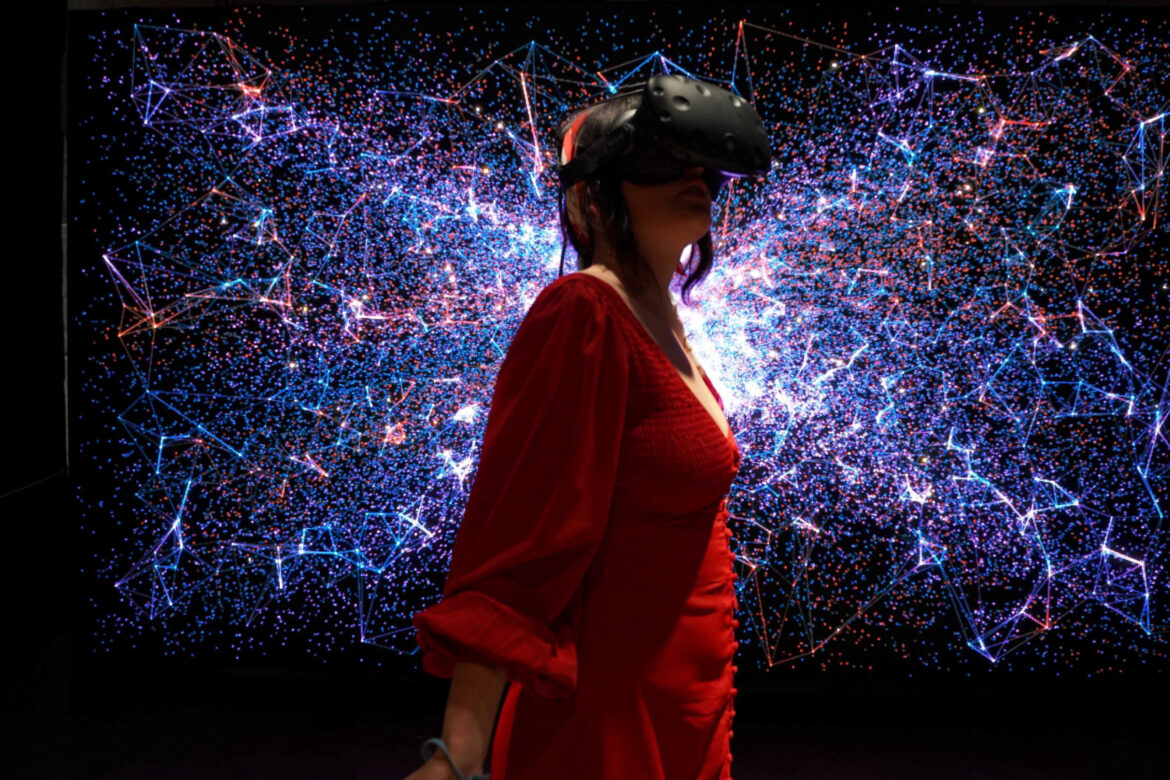 We were able to envisage living in a different world thanks to the internet. Several novels, films, and computer games have been released since its inception, depicting inhabiting other realities in interconnected networks. The main character, a cyberspace cowboy, enters a “matrix” in the 1984 novel Neuromancer. A “consensual hallucination” is used to describe this virtual world. The film “The Matrix” featured a large number of people who had been jacked into a virtual world and were all living in a different reality.

These are all that are referred to be metaverses. “Meta” is a prefix that signifies “beyond,” and “verse” is derived from the word “universe,” resulting in “Metaverse.” What would the world be like if Metaverse existed?

Simply described, a metaverse is a place where humans can interact in a shared virtual universe. The word comes from Neal Stephenson’s novel Snow Crash, in which people engage in three-dimensional space as avatars. The film Ready Player One recently featured individuals who can enter a simulated reality and be a 3D entity, or avatar, within it. The gamers have the opportunity to accomplish things they wouldn’t be able to achieve in real life, such as complete extreme athletic feats or drive technologically advanced cars.

Simulations have still not resulted in a societal catastrophe. Virtual worlds, nevertheless, have enabled us to interact with internet groups. These are Massively Multiplayer Online (MMO) worlds like World of Warcraft, which gamers would recognize. People hang out there, chatting with their pals and raiding dungeons for loot. A gaming protagonist’s persona is a warrior, sorcerer, thief, healer, and perhaps other entity having supernatural abilities.

The Metaverse, with a capital M, is the concept of a unified VR in which humans can become avatars. They will interact in this shared virtual reality area, talking to one another, hanging out, playing games, watching movies, and even surfing the internet. It will be a whole different internet. The Metaverse will have texture, dimension, and color instead of the flat World Wide Web, which individuals use often. Within another Metaverse, people will meet, watch shows, hang out, visit virtual museums, ride virtual parks, and browse the web.

If this all-encompassing Metaverse comes to fruition, it is increasingly likely that it will be driven by blockchain. Non-fungible tokens, or NFTs, have made full ownership of a digital asset conceivable.

So, if there is a fully-fledged Metaverse, one that is a 3D, even virtual reality internet, how you can jump into at any time, wherein webpages are drifting places in another universe, therefore it might have some type of ownership. You can own a digital asset using blockchain technology, as well as the cryptographic coin would confirm that the artwork, in-game item, digital domain, and other digital assets are yours without a question. The properties of the individuals are likewise decentralized and peer-to-peer, rather than being controlled by a centralized body such as a government or bank.

This is a huge undertaking. With this software, users would not only be able to access a new internet. If NFT tech is used in conjunction with the new network, people are going to start owning digital properties. This will not only have a three-dimensional structure, color, and a great deal of engagement, but it will also be three-dimensional. The Metaverse would also be a marketplace for people to purchase as well as sell one-of-a-kind assets with a level of decentralized peer-to-peer ownership that has never been conceivable before.

A beginner’s guide to NFT

Things to remember while drafting a professional email

 7 tips for smart grocery shopping while being...

Why do you need to hire experts for...

Things to remember while drafting a professional email

A beginner’s guide to NFT

Everything you must know about cryptocurrency

Things to remember while drafting a professional...